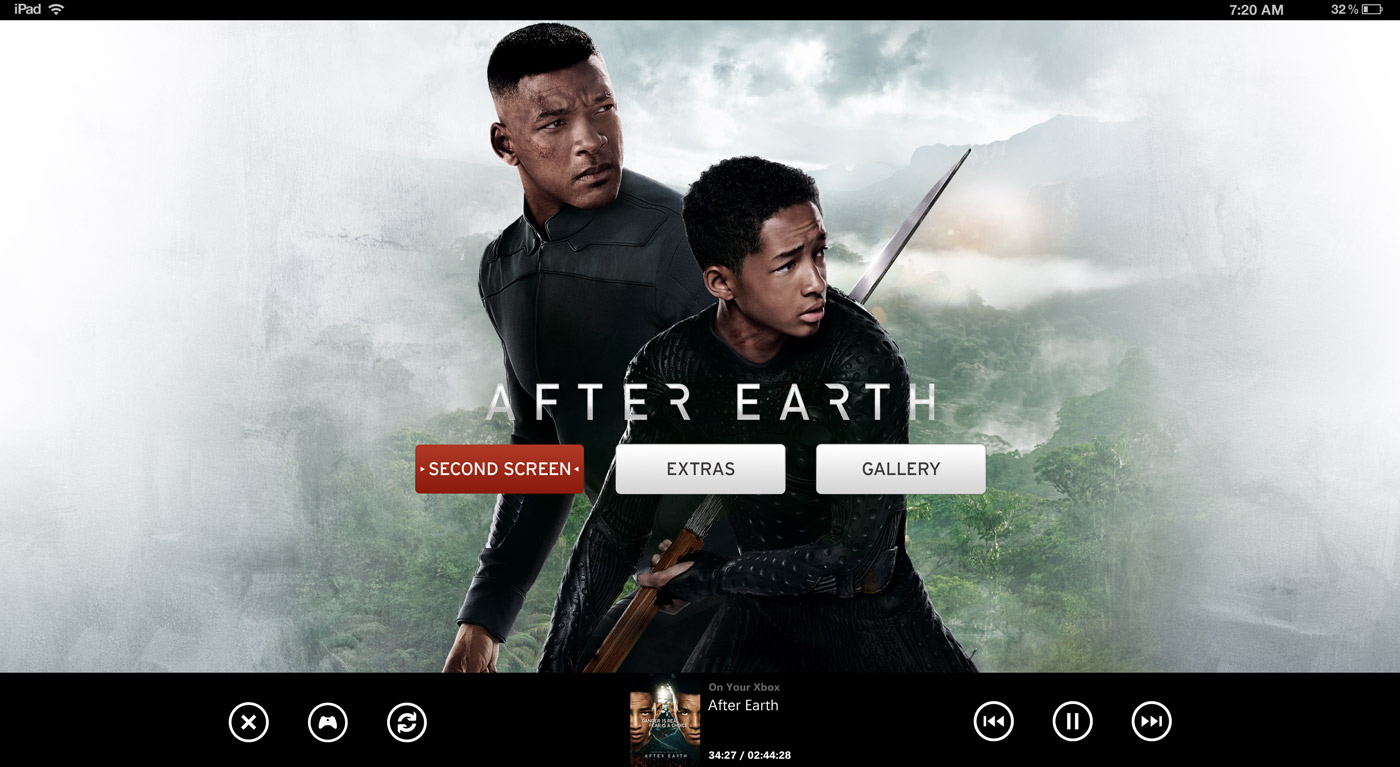 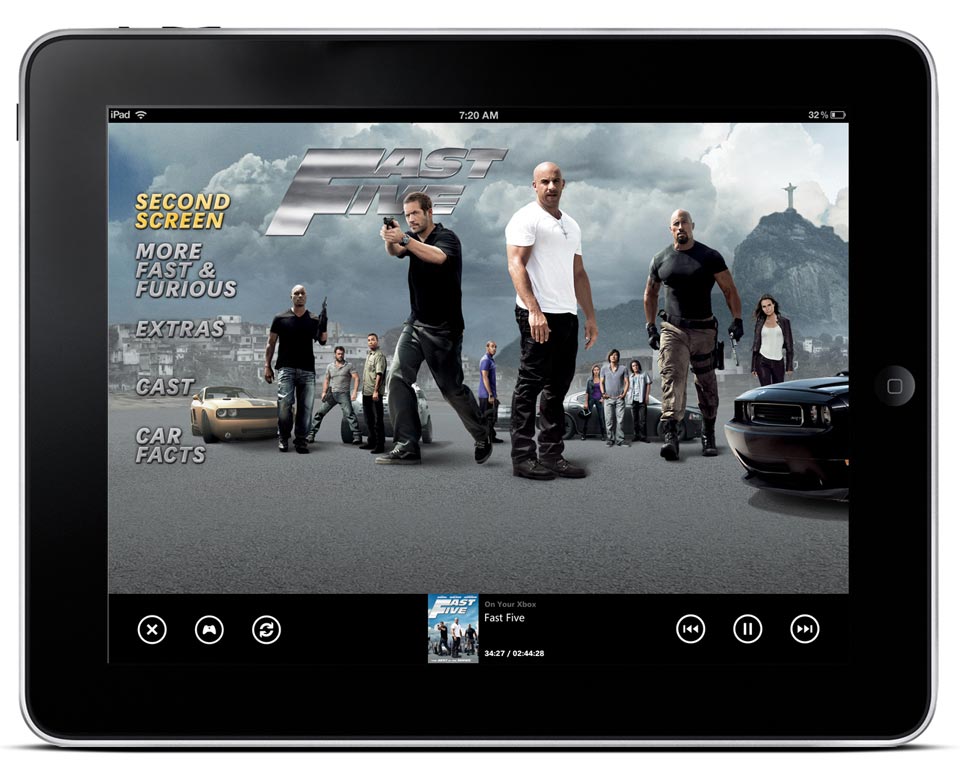 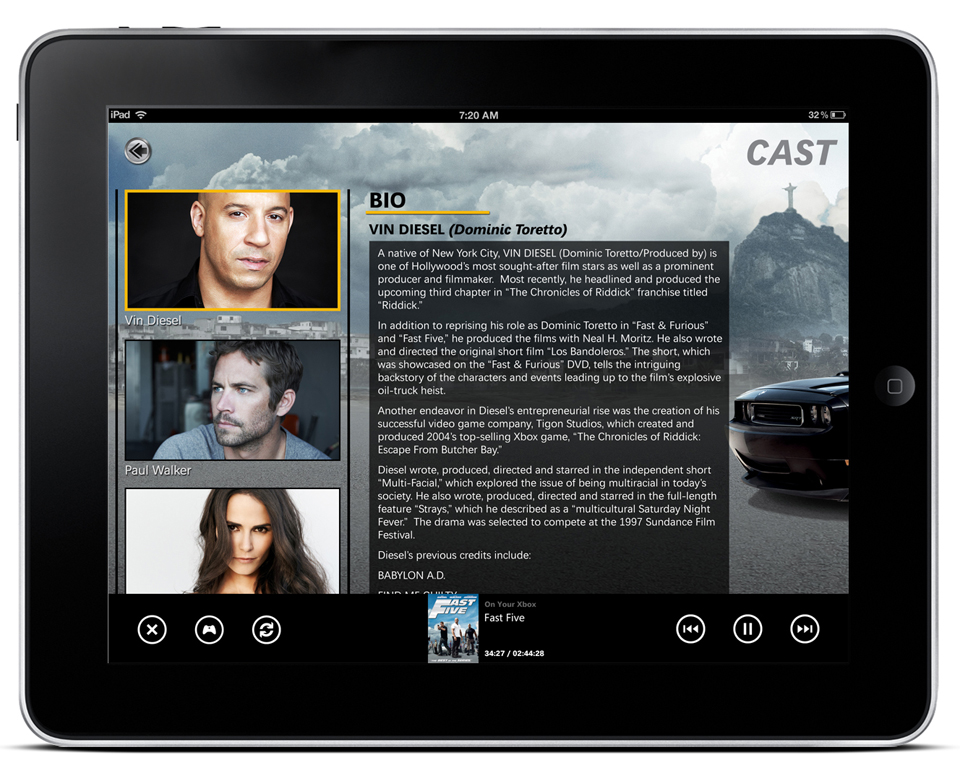 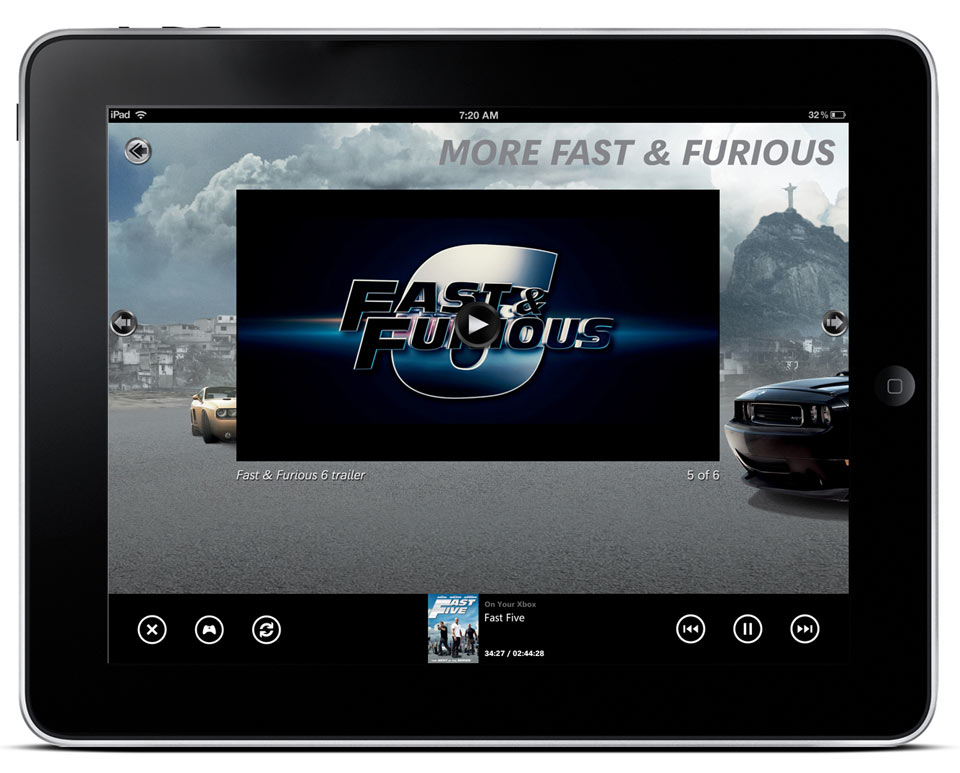 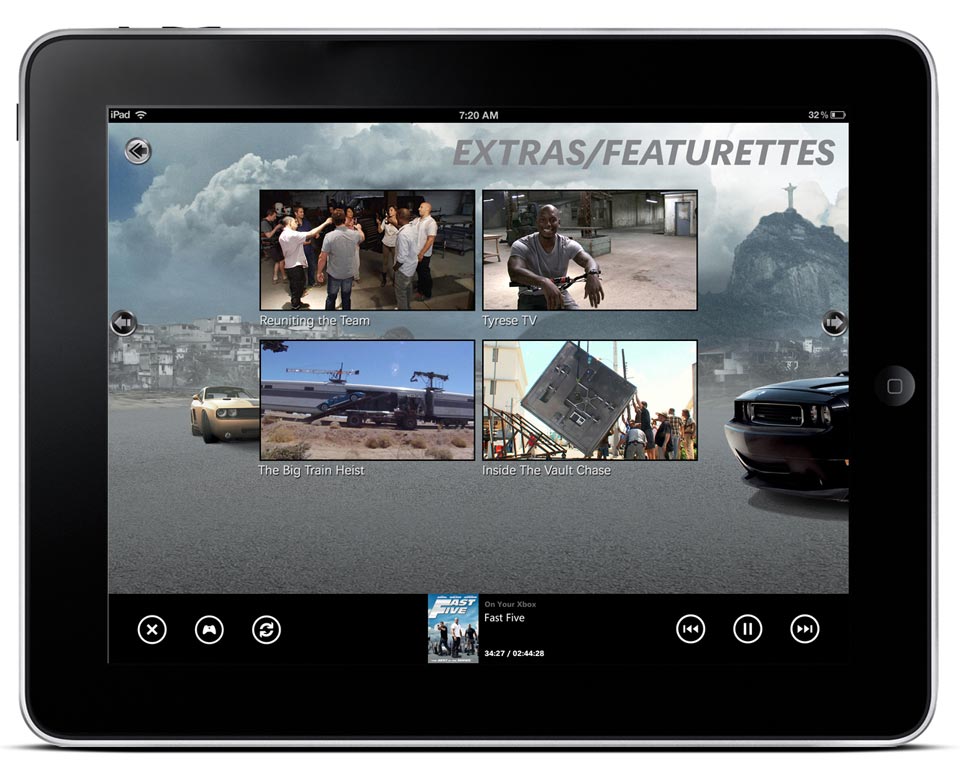 Working with the team at Trailer Park, I developed template layout and functionality used on forty Smartglass movie releases. Smartglass, a companion application for the Xbox 360 consoles, connects with the console to allow for a more interactive entertainment experience. Mobile devices serve as second screens and remote controllers and include additional content to complement the film. In addition to the UI/UX development, I rolled out designs for several titles including Fast Five and After Earth. The sample images shown here are shown in an iPad, but templates were made for both tablets and phones supported by Android and Windows mobile operating systems in addition to iOS.